While Illinois wine hasn’t been made for thousands of years—evidence of wine production in places like Greece dates to 4500 B.C.—it has a robust wine-making industry, and a burgeoning one at that. 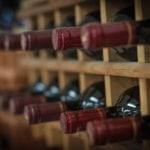 Illinois wine regions, like all wine regions, have their unique characteristics. One wouldn’t expect similar wine from Midwestern grapes to taste the same as it might from the semiarid foothills of the Chilean Andes.

What, then, does Illinois wine offer? It offers an opportunity to engage with the local soil, understand the local climate, and sip on something that couldn’t have been made anywhere else in the world. 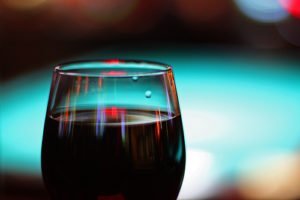 The Northern Illinois Wine Trail provides a ready escape for city dwellers to enjoy some forty wineries located in the Northern Region. While there are several vineyards just outside Chicago’s city limits, there several also ring the western coast near the Iowa border. Illinois Vintage 2016, the state’s foremost wine exposition, takes place at Starved Rock State Park, near the intersection of Interstates 80 and 39.

Of course, the first question many oenophiles have is, “Isn’t Illinois too cold to grow wine?” Part of the answer is below and relates to the specific grape varietals chosen for Illinois wines. Wine growers also have other measures to protect their vines from detrimental frosts that occur just after green growing resumes. These range from spraying the vines with water to ensure a protective coat of overnight ice (counterintuitive but effective) or even tending controlled fires near the vines, a tactic often employed by French winemakers.

One of Illinois wine country’s greatest advantages is the scale of its vineyards, which lean heavily toward small, personal vineyards and the concurrent hospitality. The wine industry has become highly scientific and technical, but that shouldn’t ignore the benefits of a personal vineyard tour or lovingly described bouquet.

Illinois winemakers experiment with dozens of grape varietals, but just six make up more than 75% of all Illinois plantings. From our perspective, these six are your best bet—the tried-and-true grapes that allow tasters insights into Illinois’s terroir and capitalize on the region’s wine-growing advantages.

As we alluded to earlier, the selection of hearty grapes varietals can avoid issues with frost and ensure vines survive a harsh or late winter. Illinois winemakers have also found solutions by crossbreeding classic French grapes with vines native to American soils, a partnership that yields unique wines and serves its purpose in colder months.

Here are the top six wine grapes of Illinois:

Most commonly used for: Red

Origin: Hybrid of Seibel and Rayon d’Or, grown in England and the eastern United States

Characteristics: Citrus and melon, with minerality and notes of grass or hay

Origin: Unknown, once thought to be a hybrid of Seibel and a Pinot Noir clone

Characteristics: Dry, with notes of apple and pear

Characteristics: Dark, with notes of plum and cherry