Lincoln Park, the second-most-visited park in the United States with 20 million visitors a year, stretches across the lakefront of North Side Chicago for a sprawling seven miles. Starting from Ohio Street on the south, and running to Ardmore Avenue on the north and facing Lake Michigan, Lincoln Park is roughly 1,200 acres, making it the largest public park in Chicago. This swath of land is characterized by parkland, beaches, recreational areas, nature reserves, and harbors. There’s baseball, basketball, and soccer fields, as well as tennis courts, volleyball courts, an archery range, and even a driving range. A whole day can easily be spent viewing the many museums, recreation areas, landscaped gardens, public art, and bird sanctuaries. That doesn’t even include the zoo, the Lincoln Conservatory, the Chicago History Museum, the Nature Museum, and Alfred Caldwell Lily Pool. Lincoln Park didn’t grow into the park it is now overnight – it’s the result of a hundred plus years of progressive thought put into action. 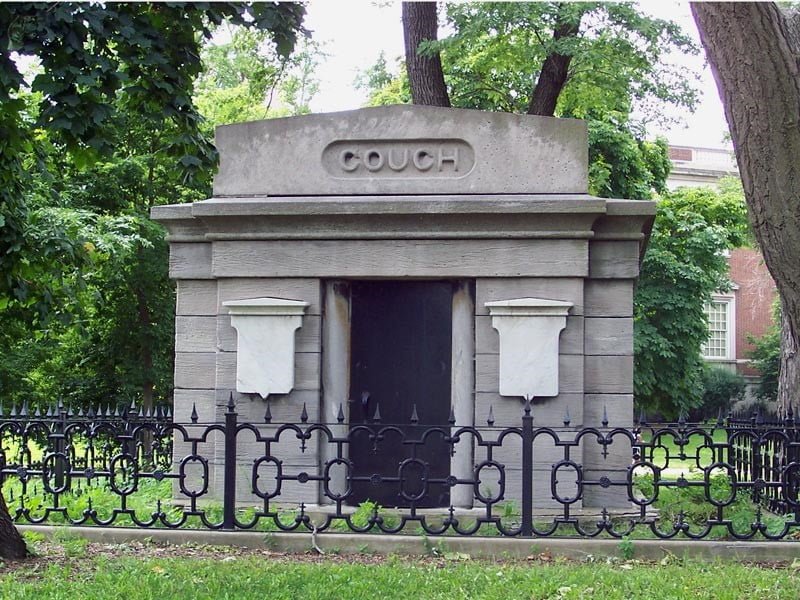 Lincoln Park wasn’t always so exciting, but it was always unique. It began under inauspicious circumstances, as the land itself had first been a small public city cemetery. Victims of cholera and smallpox, as well as Confederate prisoners from nearby Camp Douglas and potentially thousands of others, were buried in these lakeside graves. As the neighborhood became more residential, citizens grew concerned about the potential health hazards caused by the standing water in the graves flowing into nearby Lake Michigan. Led by Dr. John Rauch, citizens in the area began to protest to ensure that the land was usable by the public. Dr. John Rauch’s efforts marked the beginnings of the park movement throughout Chicago. His efforts ultimately founded Lincoln Park, South and West Parks with the goal of creating a unified park system to encircle Chicago.

After the successful protest, the city provided funds and a six-month period to the cemetery’s owners so that they could begin exhuming and transferring bodies to other cemeteries, including Graceland and Oak Woods. However, many bodies were left behind, and one researcher believes that thousands may be buried in area. Occasionally remains are still discovered throughout the course of construction in the area, lending further evidence to support this claim. To this day, only the Couch Mausoleum remains as a visible reminder of the parks early history.

By 1860 the city successfully had moved the cemetery and in 1864 renamed the area, Lake Park. The following year the park would be, once again, renamed Lincoln Park, after the assassination of Abraham Lincoln, the 16th President of the United States. The park remained largely the same, though it would develop into one of the most beautiful and fashionable places in Chicago over the next few years. In 1868, the city received a donation of mute swans from New York City’s Central park, marking the early beginnings of the Lincoln Park Zoo. The zoo continued to develop, growing to house an extensive collection of animals, including polar bears, leopards, Bengal tigers, lions, camels, elephants, sea lions, and many more animals. The Lincoln Park Zoo is now a world-class facility that currently houses over 1,100 animals, remains one of the last free zoos in the states, and attracts around 3.5 million visitors a year.

In 1869, state legislature created three park districts; the South, West, and Lincoln Park Commissions. Though each of these operated independently at the time, the goal was to create a unified park system to encompass the city in green. As a result of the individual efforts made by each park commission, a number of changes to the landscape were made. For instance, the Lincoln Park Commission constructed old Lake Shore Drive, which became the driving force behind establishing the Lincoln Park Zoo. At the same time, the West Park Commission created the Humboldt, Garfield, and Douglas parks– each with own small conservatories. Meanwhile, the South Park Commissioners formed a large park on reclaimed land known as Northerly Island and Burnham Park. These would go on to host two world’s fairs in 1863 and in 1933-34. In addition to expanding the parks system as a whole, these commissions each pioneered new neighborhood parks, offering recreational opportunities as well as educational programs. President Theodore Roosevelt would later describe these parks, which contained the nation’s first field houses, as “The most notable civic achievement in any American city.”

Things weren’t always easy for residents in the area or patrons of the park though. In 1871, the Great Fire of Chicago swept through the city, including a significant portion of Lincoln Park. The fire destroyed most of the structures there, though residents quickly rebuilt — even finding housing in temporary wooden shacks. In 1885 the park system would be hit again. Severe winter storms ripped through the area, resulting in the construction of a breakwater system that included the first of several landfill projects that extended the borders of Lincoln Park. Chicago experienced significant growth by the end of the 1800’s, the most remarkable of which occurred in 1889 when the surrounding areas outside of Chicago were annexed to the city. Then, in 1895, a state act allowed voters in these newly annexed areas to create their own park districts, resulting in the formation of 19 new park districts, and 22 agencies operating parks throughout the city.

Disaster struck once again for the park system in 1934. All 22 park 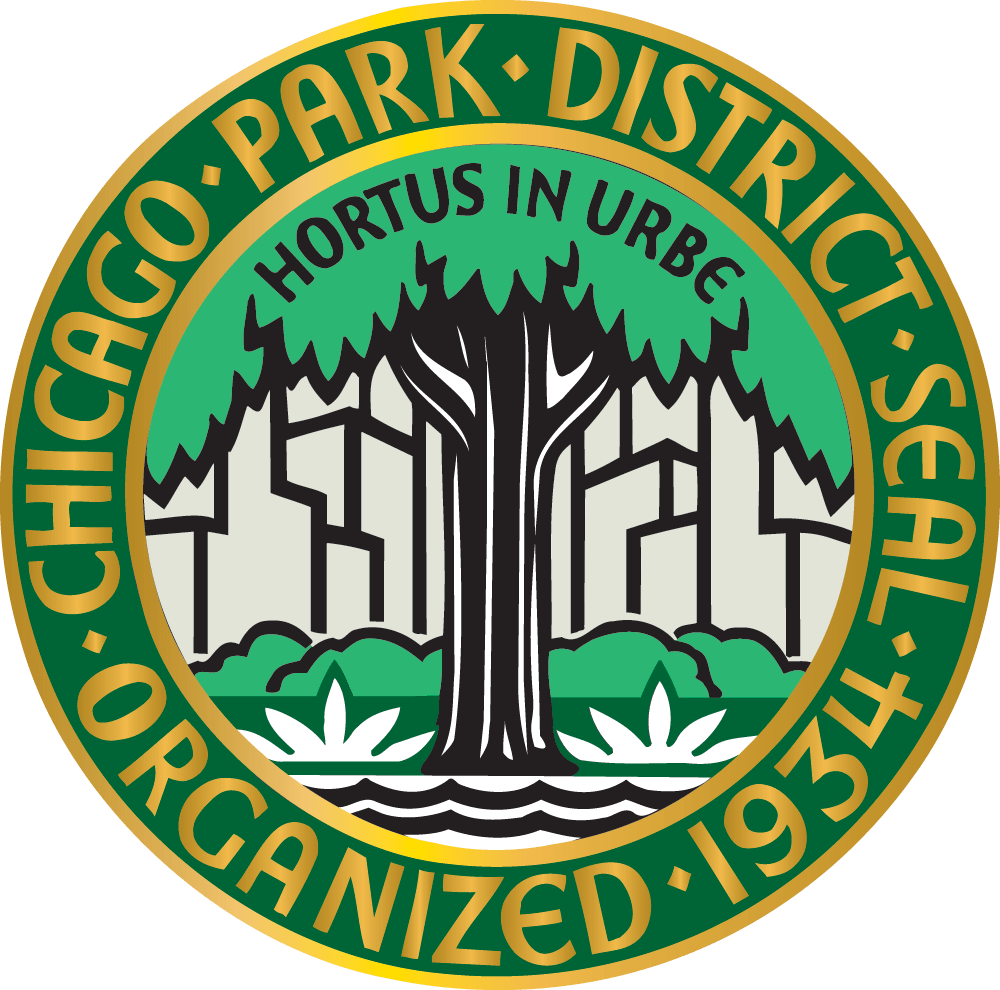 districts experienced severe setbacks due to the Great Depression, which significantly slowed down growth in the area. To ensure that the park system could continue to grow and flourish, as well as to streamline operations voters approved the Park Consolidation Act of 1934, which established the full Chicago Park District. This also provided the added benefit of allowing the park system to gain funding through President Franklin Delano Roosevelt’s New Deal. After the ratification of the Consolidation Act, two instructors from the School of the Arts Institute — Park Phipps and Lloyd Cown created the Chicago Park District Seal. The designers received $150 for their “Garden in the City” seal, released almost 100 years after the first park was dedicated.

Perfect for All Ages

Today Lincoln Park is so much more than its humble beginnings would have suggested. From a world-class zoo to a beautiful sandy beach, and a tranquil conservatory, or a particularly interesting nature museum, Lincoln Park has a lot to offer for people of all ages. Whether you intend to just take a short stroll through or are out for the day, Lincoln Park offers a tremendous amount to do and see.

So what are you waiting for? Get out and see what makes Lincoln Park the second most visited park in the nation!