Chicago’s history connects closely with its architecture. Iconic buildings—large and small—shape vistas that awe visitors and comfort denizens. Over time, of course, these vistas change: New buildings reframe enduring structures, obscuring or illuminating previous seen or hidden forms. These then-and-now images tell a story about the city, from the first plat to twenty-first century skyscrapers.

Most historians recognize August 4, 1830, as the official founding of Chicago. On that day, James Thompson filed the plat for Chicago to commissioners appointed by the Illinois legislature. That 58-block plat contained a number of street names that still are prominent in Chicago today.

Below is Thompson’s 1830 plat as well as a Google Maps image of the same section of Chicago in 2016. In this orientation, Lake Michigan is to the right (East). 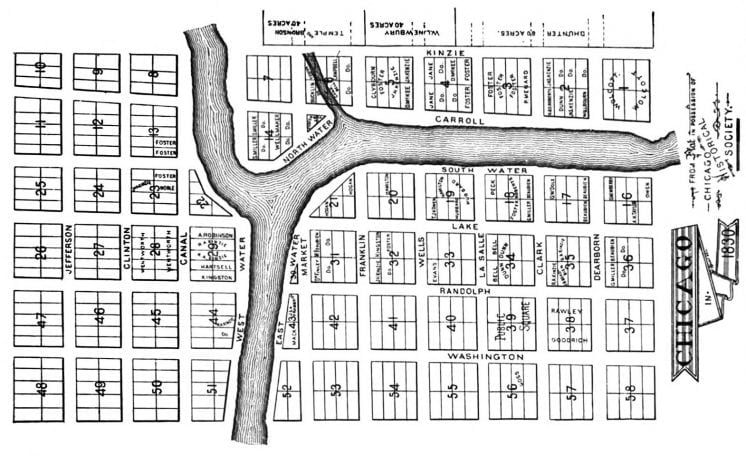 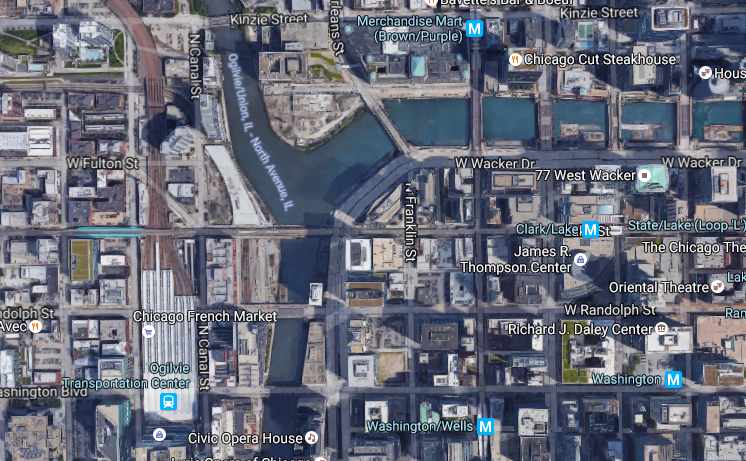 While Chicago had several population booms, many of its most dramatic rises occurred during the mid-nineteenth century. With rail lines suddenly capable of connecting West to East, Chicago became a gateway for raw materials making their way from abundant Western lands to the industrial capitals of the Northeast.

In 1840 Chicago had a population of just 4,400 (which still represented remarkable growth given just ten years had passed since its official establishment). By 1850, however, that number was 29,963, or a 570% population growth compared to the previous decade. After another ten years, the population of Chicago was 112,172.

The aerial view below is from 1857. Comparatively, the three-dimensional map from Google reflects Chicago in 2016. In that picture, the Shedd Aquarium is just off the map, on the left. 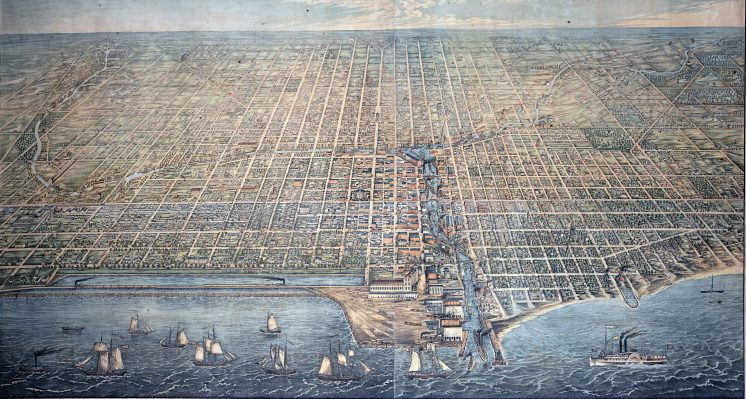 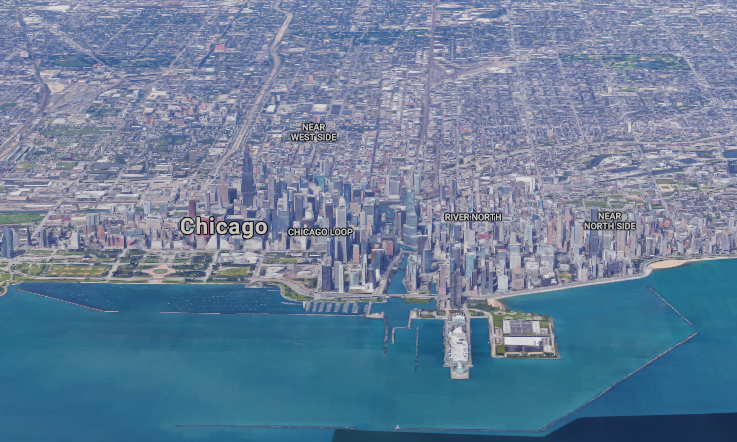 How devastating was the Chicago Fire of 1871? Only five buildings remain from the pre-fire era, the most notable of which is the Chicago Water Tower. The blaze consumed 3.3 square miles of the city and the homes of 100,000 residents. It spread, in part, because of lax building codes—which were rewritten after the event—and many buildings’ use of wood as a primary material. Three hundred residents died.

Contemporary artist renderings from the viewpoint of Lake Michigan, looking westward, show the scope of the inferno: 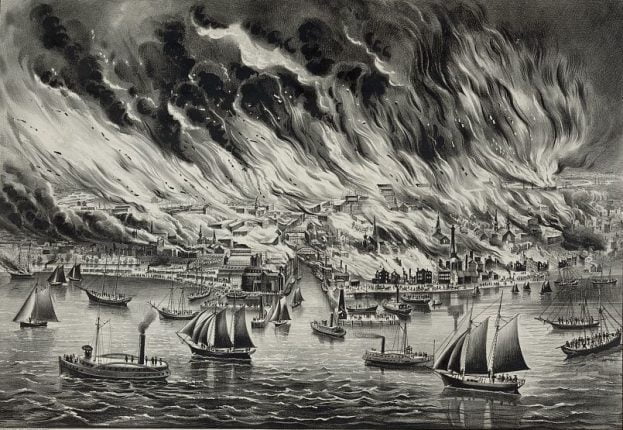 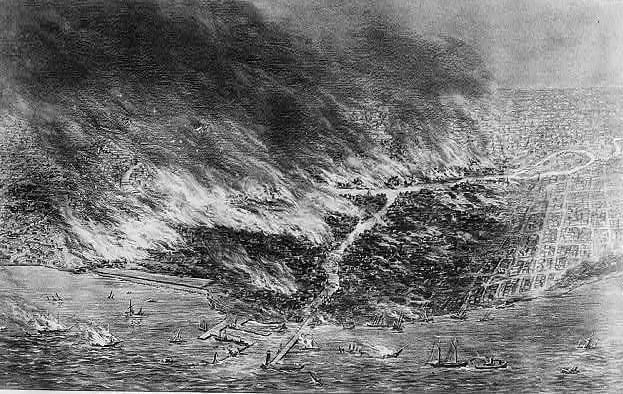 The Chicago Water Tower, part of the city’s pumping station, was named an American Water Landmark in 1969, 100 years after its initial construction. Here are images of the tower as it appeared in 1886, shortly after the fire, and in modern Chicago: 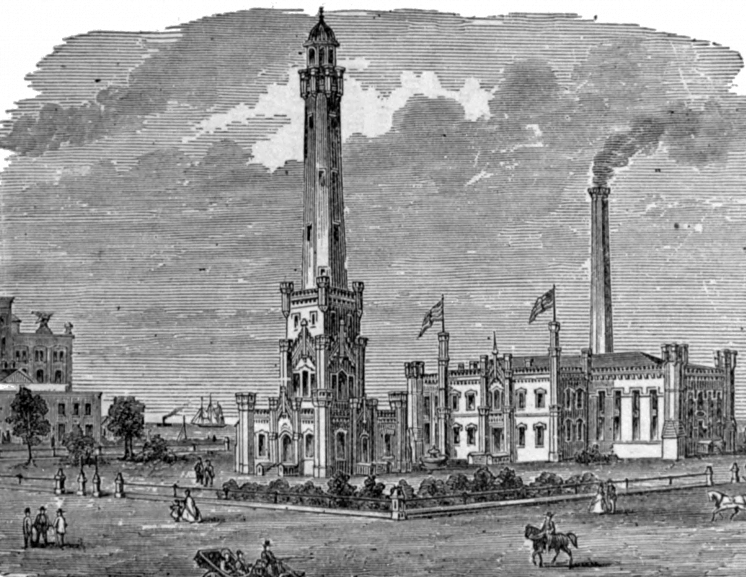 In addition to the Chicago Fire of 1871, other, less dramatic changes in city history affected its iconic views. Not all buildings—even historic ones—have endured to modern times. The ten-story Home Insurance Building in Chicago, billed as the world’s first skyscraper because of its architecture and metal-frame construction, lasted only 47 years. Built in 1884, it was demolished and replaced in 1931 by the Field Building, which still stands today as the Bank of America building.

Images below chronicle the transition from the Home Insurance Building (1885), to the Field Building (undated, early twentieth century), and a contemporary three-dimensional rendering from Google Maps. Notable changes from the early twentieth-century drawing of the Field Building to the renamed Bank of America structure are not about the building itself but rather the context of the other structures that surround it. 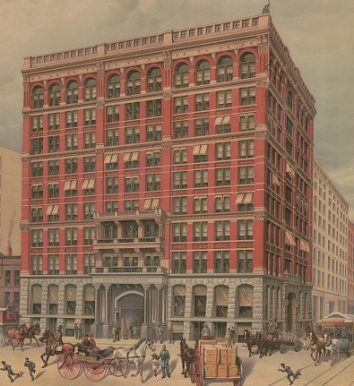 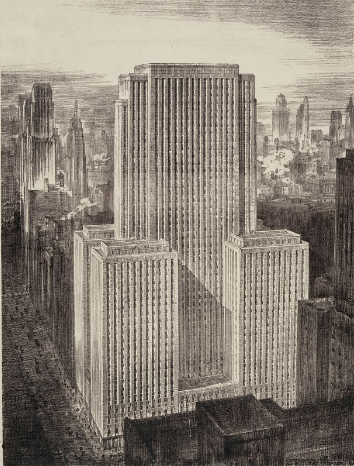 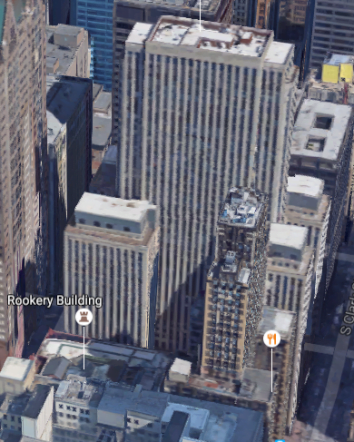 While the Home Insurance Building was the first skyscraper, many would follow. None was more notable than the Sears Tower (now Willis Tower) that, upon completion in 1973, became the tallest building in the world. Though that title has since passed, it remained the defining feature of the lauded Chicago skyline through the 1980s, 90s, 2000s, and into modern Chicago.

The series of images below reveal the Chicago skyline in 1980, 1990, and modern times: 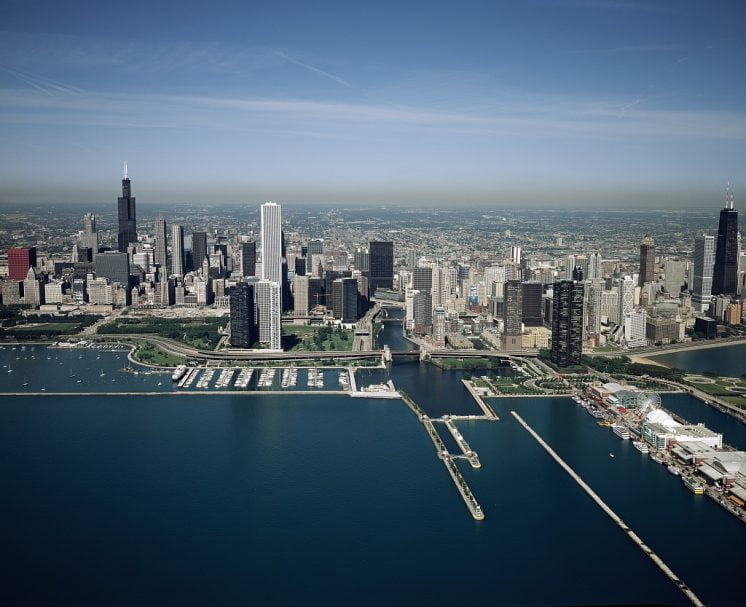 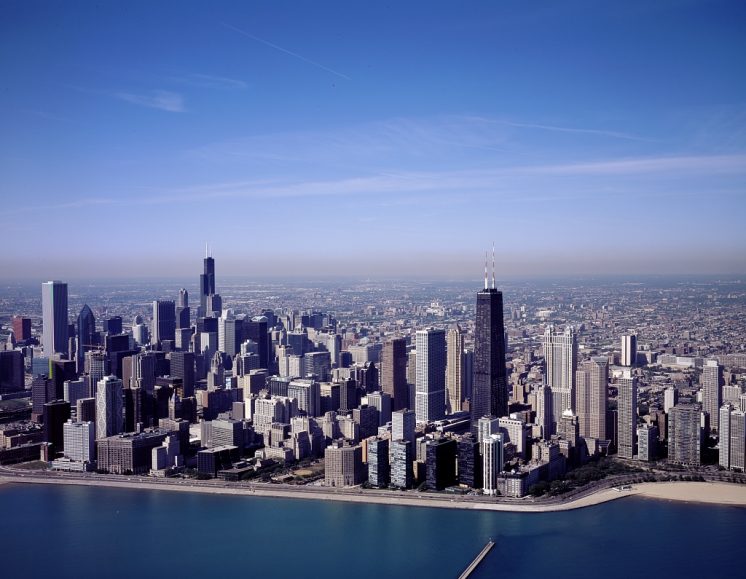 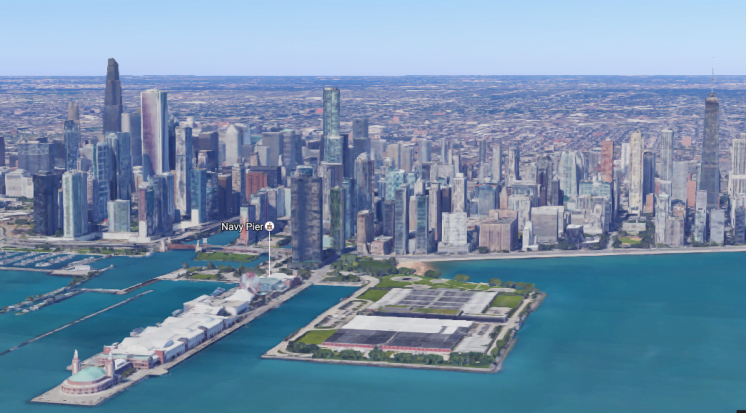 Some of Chicago’s next iconic views will be defined by current construction projects already underway. We believe we already have one at The Clare, with vistas that encompass the city skyline from hundreds of feet above bustling streets to calming portraits of vast Lake Michigan. 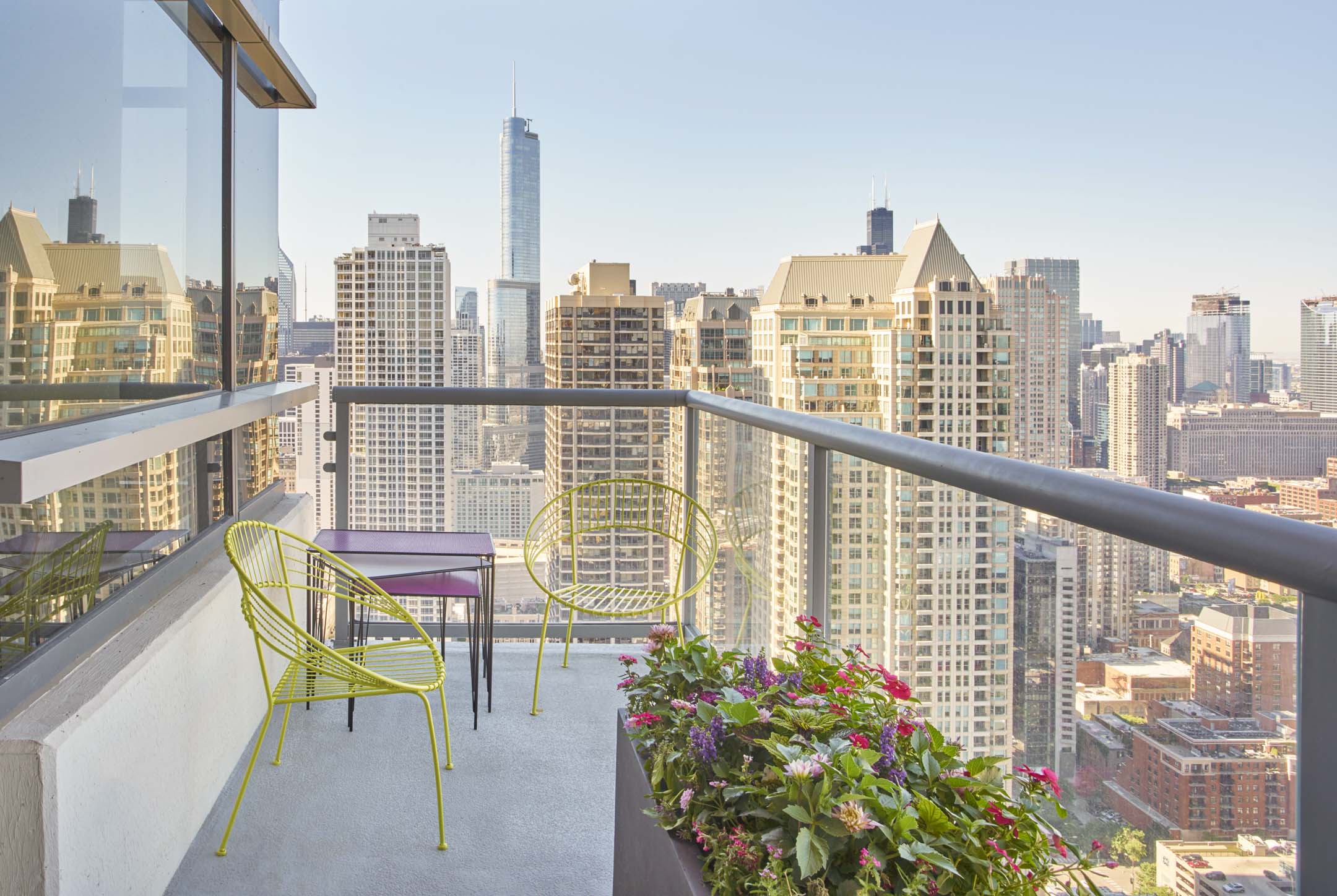 Still, for everyone, many great views are accessible by the public, whether they include an evening meal or dedicated excursion to lookout points in some of Chicago’s finest buildings.